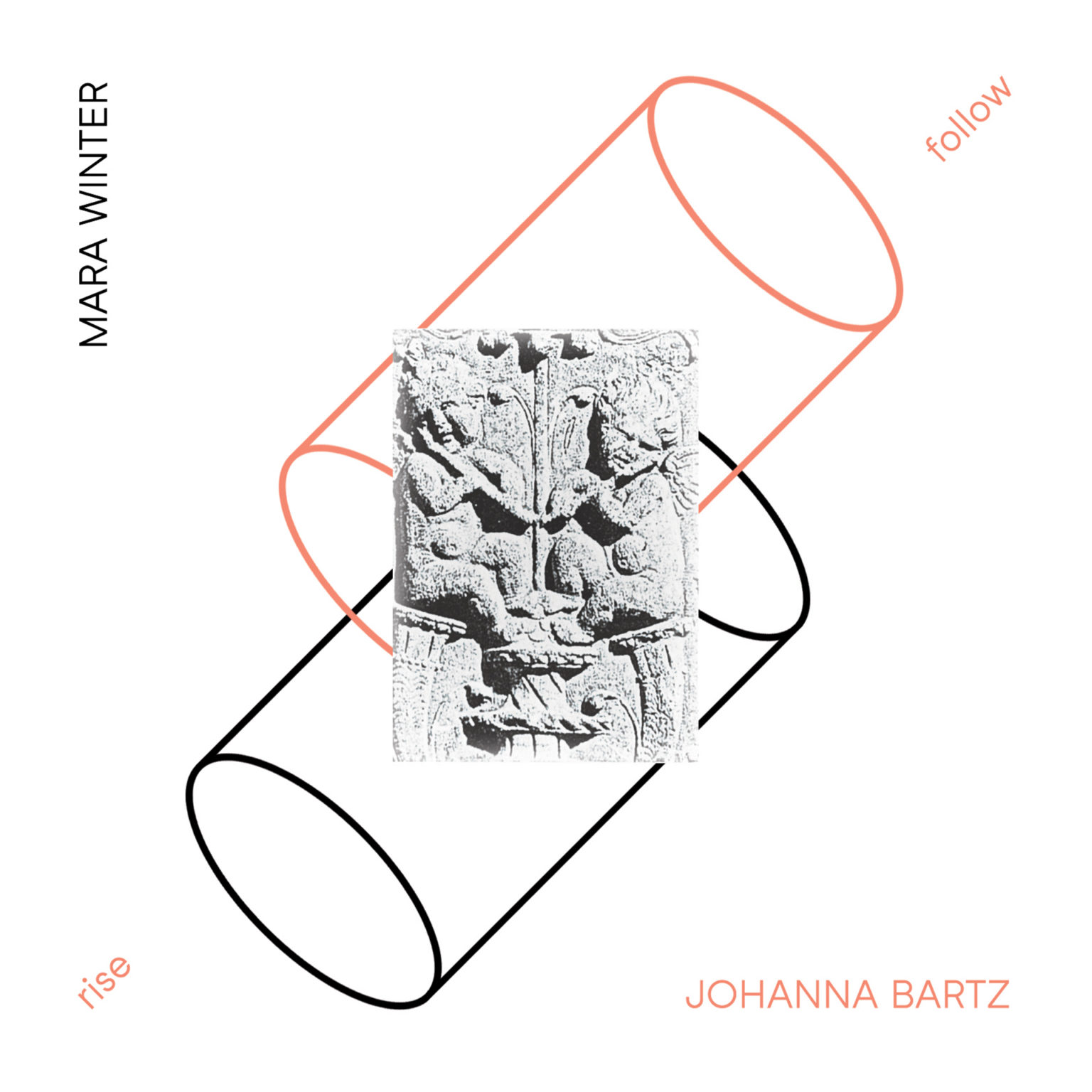 
Recorded by Clara de Asís in April 2020 in the 500-year old Kartäuserkirche in Basel, Switzerland.

Rise, follow is a dialogue of long tones played by two bass Renaissance flutes, featuring subtle but persistent changes over the duration of one hour. It is performed in one sitting without interruption.


The composition adopts the principle of instrumental ‘consort-style’ playing in Europe during the 16th century: a family of similarly pitched and constructed instruments performing polyphonic music together in a small ensemble. The transverse flute was often utilized in the Renaissance era as a type of consort instrument, since it was appreciated for its two-and-a-half octave range, its ability to blend into a group of instruments, and especially for its uncanny similarity to the timbre of the human voice and the articulation of spoken languages. In Rise, follow, the ‘consort’ approach is distilled into a study of complex harmonic interaction between two nearly identical, historically conceived bass flutes. In the absence of stylistic polyphonic language typical of the 16th century, the resonance generated between the two instruments is prioritized as a dialect in itself. The piece is structured by evenly spaced arrival points on so-called “pure” intervals which occur at specific time indications, only leaving the methods of movement between these essential intervals open to interpretation by the performers.


While Rise, follow attempts to create a gradient atmosphere for the listener, veiled beneath the wash of sound lies the substantial undertaking of physical endurance by both performers. Bartz and Winter cling to the sound of their instruments, quietly struggling beneath the weight of gigantic flutes, battling with fingers unintentionally locked in place, and occasionally singing notes as substitution for collapsing embouchures. All of these bodily limitations are at once incorporated into the performance of the piece, while simultaneously uplifting an overall sonic impression which is otherworldly. Rise, follow is not only a composition of harmonic contrasts and careful interaction of resonance, but it is also a demonstration of the vast difference between the performative affect which is perceived by the listener and what is lived internally by the performers and transmuted into the final veneer. 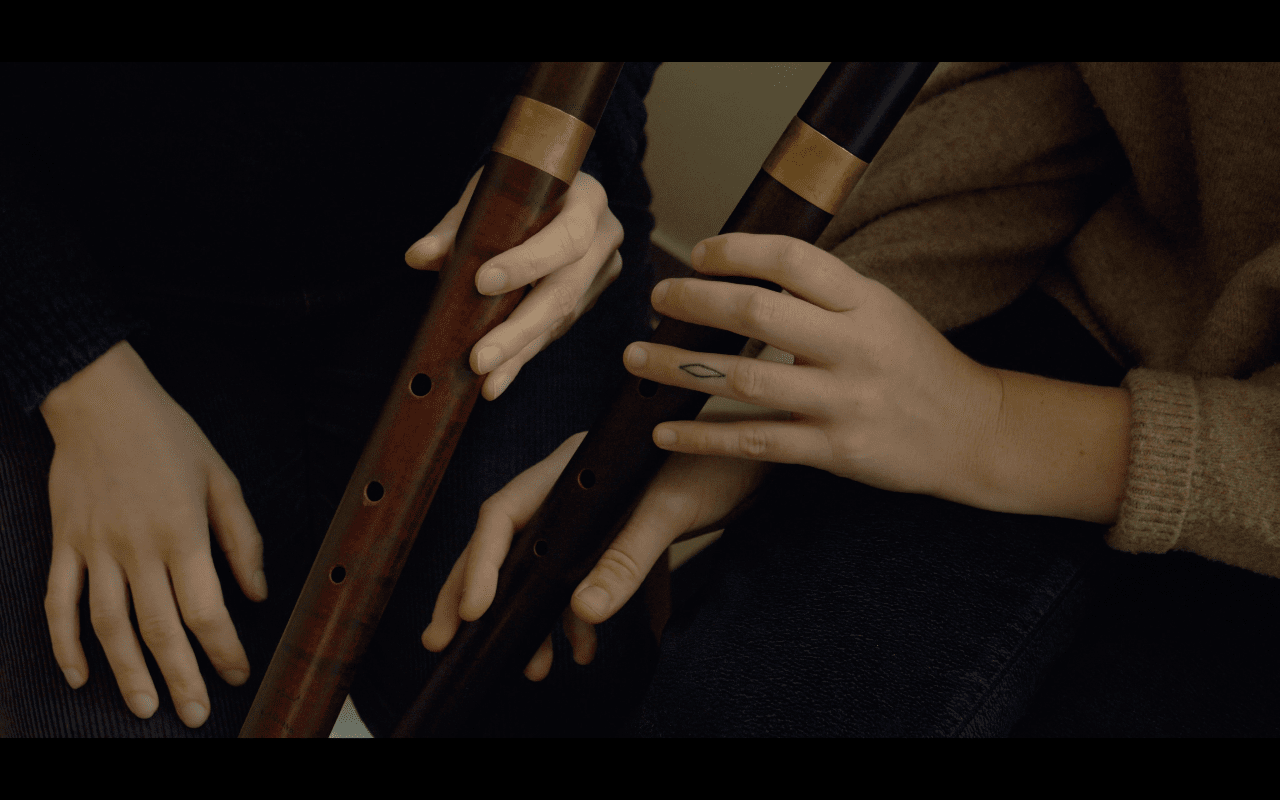 Discreet editions (written like this, at will, in lowercase) is a record label born out from a collaboration of sound artist Clara de Asís and performer and historical flute specialist Mara Winter. The first reference of the project (which will be published in physical format -also in digital format- this October) is entitled Rise, follow. It articulates a dialogue of continuous tones played by two Renaissance bass flutes. The composition, which vaguely evokes the idea of a sixteenth-century musical consort, passes through a rarefied polyphony in which the two instruments seem to move from stillness to the imitation of the human voice; weaving a harmonic fabric that almost feels like a sort of dialect in code. The work, which reaches the hour of duration, is at the same time a study on the resonance and on the space (it was recorded in a historical church of Basel last April); it connects this music conceptually with the aesthetics of the German label wandelweiser and with so many other experiences owed by Alvin Lucier and his minions. However, there is in Winter’s spirit, supported here by the flutist Johanna Bartz, a more meditative intention, a musical imprint if you will, even more invasive, less strictly theoretical. Rise, follow immerses us in an exploration that seems refractory to the visitor and that, in the end, ends up dragging us towards the sound.

Another product of this year’s lockdown and enforced isolation is the first release on a new label based in Basel, named Discreet Editions. Rise, follow is an hour-long composition by Mara Winter for two bass Renaissance flutes, recorded in April this year. The material of the piece is very austere, yet Winter and Johanna Bartz play with the type of concentration that keeps the sound constantly alive to the discovery of new details. The two alternate in overlapping, long-held tones, taking a long time to feel any need to add a second pitch. The music gradually opens out into a widening range of consonant harmonies, in a similar manner to a La Monte Young piece. The difference here is in the way Winter and Bartz happen upon harmonics and sonorites inside the resonant recording space and allow them to develop, feeling out the sound with small adjustments in their articulation and breath. Subtle variations in timbre and overtones become the substance of the music. The recording venue is the 500-year-old Kartäuserkirche in Basel, which comes across here as a cavernous space which is steadily filled by Winter’s elemental compositional framework. The two recorders sound huge and their combined tones with the church’s resonance create a deep, oversaturated sound from humble resources.